Holocaust and the International Solidarity against Zionism and Racism

How do we react effectively today to Islamophobia, racial profiling, anti-refugee sentiment and the way the state tries to turn health workers, teachers, social services providers into border controllers? This is part of our challenge.

When Holocaust Memorial Day became an official part of Britain’s calendar in 2001 the date chosen was 27th January.It was on that date in 1945 that Auschwitz death camp was liberated by the Red Army.

For the last three years I have been one of the team leaders of Unite Against Fascism’s annual study trip to Krakow and Auschwitz. From the complete network of death camps, the complex of Auschwitz stands as a symbol, especially because of its scale and uses. At Auschwitz-Birkenau where most of the gas chambers and crematoria were situated, around a million Jews and more than 20,000 Roma were gassed to death mainly between 1942-44. The skills of highly qualified architects, engineers, scientists and administrators were harnessed to make a death factory.

Capitalist firms made a profit form supplying the parts for this death factory. The experiments in using poison gas for mass killings were tried out at Auschwitz 1 Camp on Soviet Political Prisoners and then the methods were transferred to the separate Birkenau site for mass killings of Jews and Roma.Auschwitz 1 camp though, was mainly for political prisoners, trade unionists, gays, who were incarcerated in terrible conditions on starvation food rations.

At a third area of the camp complex many inmates were used as slave labourers, then discarded when they had served their purpose. What we stress on the trip is that the processes started several years before 1942 when the Nazi party took power in Germany in January 1933, with more than a bit of help from right wing conservative forces there.

Through talks, walks, museum visits and discussions, we unravel these processes of stereotyping, labelling, marginalisation, discrimination, exclusion, dehumanisation, as well as de-sensitisation of the perpetrators that enabled these crimes against humanity to take place. Some of those processes are taking place in different countries around the world, but they can be interrupted and challenged if we understand them and organise ourselves.

Personally I would have preferred a different annual date for Holocaust Memorial Day. I would have preferred April 19th, because it was on that day in 1943 that a revolt broke out in the Warsaw Ghetto using smuggled and improvised weapons, though they picked up many more weapons after their first victorious encounter.

220 fighters – women as well as men ­– kept that revolt going through guerrilla tactics for three weeks. The Nazis paid a heavy price for their eventual victory over the rebels. I imaging that many of you are similar ages to those fighters. They were aged between 13-40. And it wasn’t just physical resistance. Some of those fighters had already been in the ghetto for more than two and a half years and survival there was to do with other forms of resistance, cultural, spiritual, collective care and support.

There were resistance activities even in Auschwitz. Four women slave labourers smuggled gunpowder to prisoners forced to work in the crematoria. They succeeded in blowing up one of the crematoria and slowed down the rate of killing. Just a few dozen Warsaw ghetto fighters survived. They escaped through the sewers. One of them will be especially celebrated in Poland this year, because it is the 100th year of his birth. His name was Marek Edelman – a member of the Bund – a Jewish socialist workers’ movement. He was the last surviving member of the command group that led the ghetto uprising. He died in Poland in 2009. 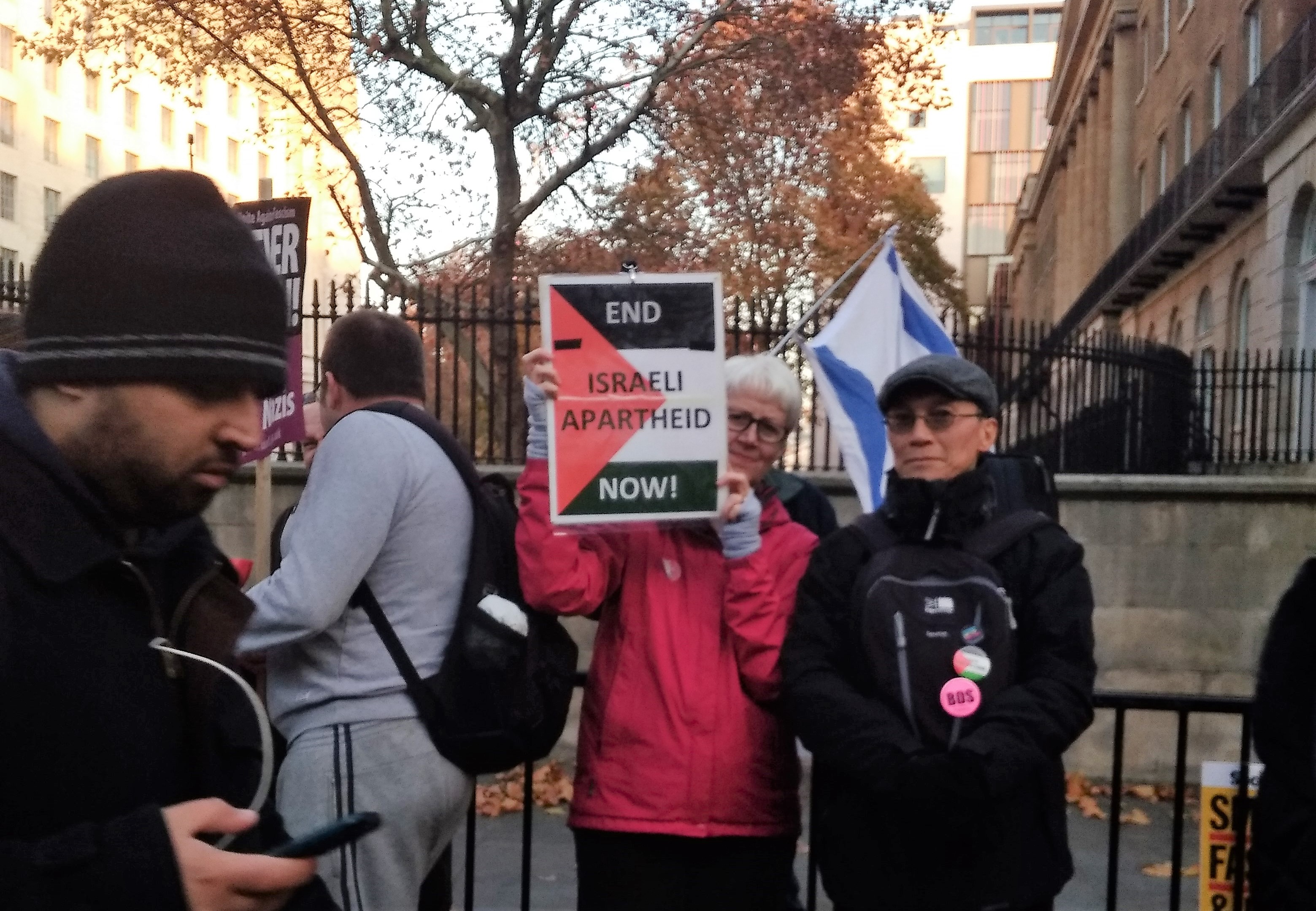 He remained a socialist and internationalist throughout his life, and a secular, anti-Zionist Jew. After the war he wrote “We fought for dignity and freedom, not for territory, not for a national identity.” His message to other Jews was that Jews must always be with the oppressed, never with the oppressors – a tradition that the Jewish Socialists’ Group is proud to stand within today.

He asserted that the memory of the Holocaust didn’t belong only to the Jews but to everybody, and everybody must act on it.

I wonder how Edelman will be commemorated in Poland in 2019, under a populist right-wing government with a very fluid relationship both with far-right groups, and with Orban’s Hungarian government which openly pushes antisemitic themes alongside islamophobic, anti Roma, anti migrant and refugee sentiments, and a close relationship with Britain’s Conservative party, the architects of the hostile environment that brought about the Windrush scandal.

My final point: there were people who risked their lives during the Holocaust to help persecuted Jews, but they were were outnumbered by collaborators, and even more so by the bystanders.

This year will be a testing time for anti-racists and anti-fascists here and internationally.

We have to turn today’s bystanders into “up standers”!

This site uses Akismet to reduce spam. Learn how your comment data is processed.